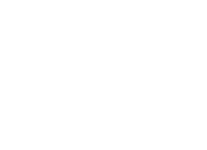 M. Szulikowski Law Office on 53 place among more than 80 of the best law offices in Poland, according to the VIII ranking organized by Dziennik Gazeta Prawna!